At the heart of Marivaux and The Triumph of Love is LOVE. And all the baggage that comes with it: all of the joy, pleasure and good things, but the terror, sadness and heartbreak of it all, too. Marivaux wrote in an age of reason and enlightenment and was very much, like Hermocrate in the play, a rationalist himself. In Triumph, Léonide, our princess in disguise, puts people to the test pitting love against reason. How do they pass this test? How does the rational mind
stand a chance against the brutal irrationality of the heart? This is what makes the comedy so beautiful, hilarious and bittersweet. We’re so happy to be here with you, in a theatre, spending time together to hear this beautiful play! 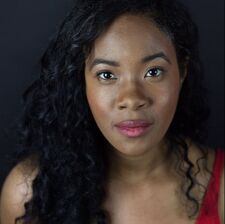 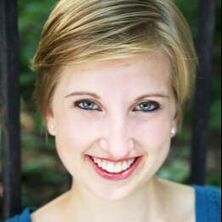 Cassandra (Cassie) Alexander is a Philadelphia-based actor, teaching artist, theatre maker, and arts administrator. She has performed with Delaware Shakespeare, Revolution Shakespeare, Hip to Hip Theatre Company and Hampstead Stage Company. Favorite credits include Rosalind (As You Like It), Woman (Talk to Me Like the Rain), and Puck (A Midsummer Night’s Dream). She holds degrees in Theatre & Drama and Arts Management from Indiana University, although her love of classical theatre blossomed while studying abroad at Shakespeare's Globe in London. Cassie was most recently seen in PAC's 2021 Fringe Production, QvK. Next up: Belle in A Christmas Carol at Hedgerow Theatre 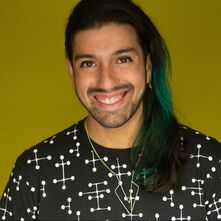 Joseph is a Philadelphia-based theater artist whose work expands into dance, circus, and interactive performance. Their solo theater/circus performance Half Magic is currently under development as part of PAPA's Mini-Residency program and was presented as a special exhibition in the first annual Mixed Asian Media Fest. With Daniel Park and Arianna Gass, he is a co-founder of the interactive performance company Obvious Agency. They are a company member of Tribe of Fools, where they were part of the Barrymore-nominated ensemble of Fishtown: A Hipster Noir (2017). As an actor, director, and more, he has collaborated with Philadelphia Asian Performing Artists, First Person Arts, ON THE ROCKS, Almanac Dance Circus Theatre, Power Street Theatre, Asian Arts Initiative, Philadelphia School of Circus Arts, and Team Sunshine Performance Corporation. They hold a BFA in Theater Arts from Boston University.  Connect at www.josephahmed.com. 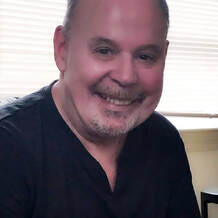 Bill is excited to work for PAC for the first time. Other theatre companies that he has worked with are Iron Age Theatre, Theatre Exile, Interact Theatre Company, South Camden Theatre Company, Simpatico Theatre Company. He is happy to work again after a difficult two years. In memory of my mother, Marie, and my love, Sharon. 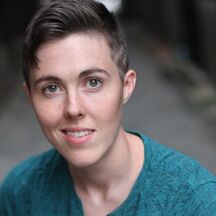 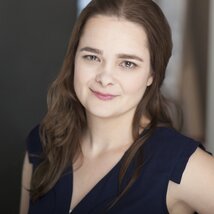 Charlotte is a two-time Barrymore Award winner for her work at InterAct and Lantern Theater Company. Always honored to play with PAC! Graduate: Circle in the Square. Credits include Philadelphia Artists’ Collective (PAC), of which she’s a former Artistic Associate, Act II Playhouse, Theatre Exile, Passage Theatre, Azuka, Montgomery Stage, Hedgerow, Tribe of Fools, Orbiter 3 (Barrymore Nomination), Delaware Theatre Company and the Walnut Street Theatre. Co-creator and performer of The Complete Works of Jane Austen (Abridged) and a world premiere solo show They’ve All Gone & We’ll Go Too which will travel to the Edinburgh Fringe Festival in 2022 (fingers crossed). Love to Damon, Jules, Pug and Cat. Thanks to everyone for continuing to support theatre and the arts - no matter the format. Visit: www.charlottenortheast.com 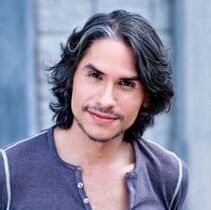 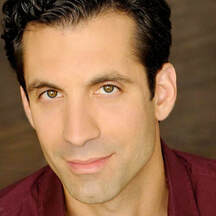 Damon is a Philadelphia actor, director, teacher and musician.  As an actor for the PAC, he played Duke Ferdinand in The Duchess of Malfi, Gustav in Creditors, Parolles in All’s Well That Ends Well and split roles with Co-Founder Dan Hodge as The Villain and The Fool in Maria Marten.  He has directed for the PAC The White Devil by John Webster,  He Who Gets Slapped by Leonid Andreyev in a partnership with the Philadelphia School of Circus Arts, Blood Wedding by Federico Garcia Lorca in a co-production with the Mandell Professionals in Residence Project at Drexel University, The Sea Plays by Eugene O’Neill aboard the Tall Ship Gazela for the 2013 FringeArts Festival, Changes of Heart by Pierre de Marivaux, adapted a two-man version of A Christmas Carol, and has appeared in or directed many PAC readings.  Damon earned a BA in Theatre cum laude from DeSales University and an MFA in Acting from Florida State University / Asolo Conservatory.