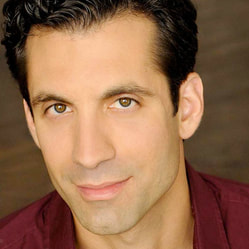 Damon Bonetti (Co-founder/ Producing Artistic Director) ​(he/him) is a Philadelphia actor, director, teacher and musician.  As an actor for the PAC, he played Duke Ferdinand in The Duchess of Malfi, Gustav in Creditors, Parolles in All’s Well That Ends Well and split roles with Co-Founder Dan Hodge as The Villain and The Fool in Maria Marten.  He has directed for the PAC The White Devil by John Webster,  He Who Gets Slapped by Leonid Andreyev in a partnership with the Philadelphia School of Circus Arts, Blood Wedding by Federico Garcia Lorca in a co-production with the Mandell Professionals in Residence Project at Drexel University, The Sea Plays by Eugene O’Neill aboard the Tall Ship Gazela for the 2013 FringeArts Festival, Changes of Heart by Pierre de Marivaux, adapted a two-man version of A Christmas Carol, and has appeared in or directed many PAC readings.  Damon earned a BA in Theatre cum laude from DeSales University and an MFA in Acting from Florida State University / Asolo Conservatory.  Since returning to Philly he has worked at many of the area theaters and has performed in nine of Shakespeare’s plays including The Duke in Measure for Measure,  Mercutio in Romeo & Juliet, Petruchio in The Taming of the Shrew, Benedick in Much Ado About Nothing, the title role in Pericles and directed The Taming of the Shrew for Commonwealth Classic Theatre Company.  ​Damon received a 2009 Barrymore Nomination for Outstanding Supporting Actor in a Play for David in Orange Flower Water for Luna Theatre Company, a 2014 Barrymore Nomination for Outstanding Direction of a Play for True Story at Passage Theater and a 2015 Barrymore Nomination for Outstanding Ensemble in Play for The Hound of the Baskervilles at the Lantern Theater.  This season, in addition to PAC projects, he will be directing Hamlet for Rutgers University – Camden, acting in The Hound of The Baskervilles at Delaware Theater Company and Theater Horizon and The Best Man at the Walnut Street Theater.  Damon’s on-camera work includes films, commercials and industrials; he is a professor at Rutgers University –Camden and Drexel University and is the lead guitarist for Jawbone Junction. 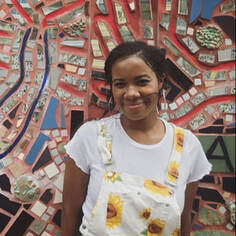 Natajia Sconiers (Associate Artistic Director) (she/her) is an Actress, Wardrobe Supervisor/Costume Designer and is from Cherry Hill New Jersey. Graduating with a BA in Theatre magna cum laude from Rutgers University, Natajia is currently an Arden Professional Apprentice of Class 26 and has previously worked administratively with The McCarter Theatre. She has performed as an acting apprentice with Delaware Shakespeare and has performed in past New Jersey and Philly Fringe Festivals. Natajia has worked in costumes and wardrobe at multiple theatres in Philadelphia and New jersey including: Ignoble Artist, The New Freedom Theatre, The Rutgers University Theatre Department, and The Philadelphia Opera House. She is very excited to join the PAC Team! 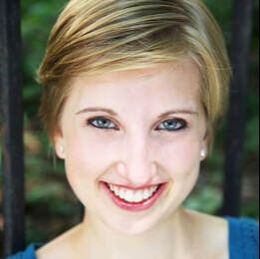 Cassandra (Cassie) Alexander (Artistic Associate/Development) (she/her) is a Philadelphia-based actor, teaching artist, theatre maker, and arts administrator. She holds degrees in Theatre & Drama and Arts Management from Indiana University, although her love of classical theatre blossomed while studying abroad at Shakespeare's Globe in London. Favorite acting credits include Benvolio (Romeo and Juliet with Delaware Shakespeare’s Community Tour), Horatio (Hamlet: Redux with Revolution Shakespeare), Woman (Talk to Me Like the Rain with A Way Home Productions), and Puck (A Midsummer Night’s Dream with The Word Players). She also works as the Development Officer/Artistic Assistant at Delaware Shakespeare. Cassie is honored to join PAC and looks forward to making theatre magic with this incredible team. 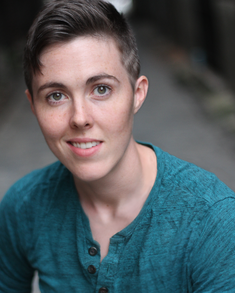 Eli Lynn (Artistic Associate/Marketing) (they/them) is a trans nonbinary actor, IDC-certified Intimacy Director, and Barrymore Nominated fight choreographer in the greater Philadelphia area. They hold a BFA in Musical Theatre from Shenandoah Conservatory, and since moving to Philly in 2016, have worked with numerous theatres in all kinds of capacities. Acting credits include productions at People’s Light, PAC, InterAct Theatre, Hedgerow Theatre, Folger Theatre (DC), and PA Shakespeare Festival. Their fight/intimacy work has been seen at many theatres, including The Wilma, People’s Light, Playwrights Horizons (NYC), Philadelphia Artists​’ Collective, Arden, Quintessence, Theatre Exile, Hestia Theatre, UArts, and WCU. They have studied stage combat for over a decade and are a recognized Advanced Actor Combatant with 5 international stage combat organizations (SAFD, FDC, BASSC, SAFDi, and NSFS). They also own a lot of instruments, occasionally work as an overhire carpenter and electrician, and sometimes paint things for people. They are tickled pink to be part of the PAC team!

Cynthia Janzen (General Manager) ​(she/her) is a freelance Actor, Arts Administrator, Technician, and Casting Director. As an actor she has performed on stage in Canada and the US, and is a voice over artist and historical interpreter. As a historical interpreter she has played the esteemed National Archives and Portrait Gallery, as well as other noted venues such as Federal Hall. Over the years, she has entertained the staff at the White House as well as numerous library and historical society audiences throughout the country. She has held full time administrative  positions for American Historical Theater and The Bearded Ladies Cabaret. As a Casting Director she has cast numerous episodes of Philadelphia the Great Experiment, Urban Trinity and Sisters in Freedom for History Making Productions. Cynthia has also been a technician and costumer, specializing in lighting and historical reproductions, respectively. She is delighted to be lending her diverse skill set to the wonderfully talented Philadelphia Artists' Collective.