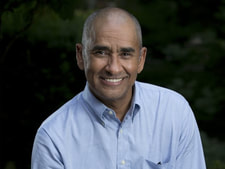 ​Monroe Barrick (Mr. Marten/Ishmael Lee) is making his second appearance with PAC, playing Mister Marten and Ishmael Lee, in the upcoming production of Maria Marten, or, The Murder in the Red Barn. His first role was as Lafeu in All’s Well That Ends Well. A Philadelphia native, he has appeared in a variety of productions throughout the region. Some of his prior roles include Vernon C. Waters in A Soldiers Play, Juror No. 10 in 12 Angry Men, William Henry Brown in The African Company Presents Richard III, and The King in The Cave Dwellers. Much love to all those who support live theatre. 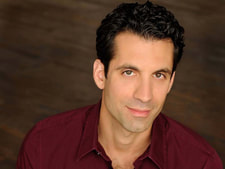 ​Damon Bonetti (William Corder/Tim Bobbin) is a Philly based actor, director, musician and Co-Founding Artistic Director of The PAC.   For PAC he has appeared in The Duchess of Malfi, Creditors and All’s Well That Ends Well and directed The Sea Plays, Changes of Heart, Blood Wedding (co-production with MPiRP at Drexel), He Who Gets Slapped and The White Devil.  Other recent acting roles include It’s A Wonderful Life, And Then There Were None (Walnut Street), Red Velvet (Lantern Theater), Moonlight and Magnolias (Eagle Theatre), Rizzo (Philadelphia Theatre Company).  Recent directing:  Stinky Kids, The Musical!  (Walnut Street), Around the World in 80 Days (Hedgerow Theatre), Proof, Becky Shaw (Rutgers University – Camden), and The Goldilocks Zone (Passage Theatre).  He received a Barrymore Nomination for Outstanding Director for True Story at Passage Theatre.  He appears on film and commercials and is the lead guitarist for Jawbone Junction. Damon earned his MFA at the FSU/Asolo Conservatory. 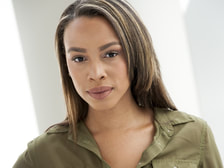 ​Victoria Goins (Maria Marten) Born in Houston, Victoria began her professional acting career in Los Angeles in 2007, starring in several national commercials and appearing as a singer/performer on The Ellen DeGeneres Show, America's Got Talent, and The Voice. After to moving to Philadelphia, Victoria graduated with her B.A. in Communication from Temple University. Favorite roles include: Zenna (Lydie Breeze Trilogy), Lady in Yellow (For Colored Girls), Miss. Pat (The Colored Museum), Olivia (Twelfth Night), and Elmire (Tartuffe). She'd like to thank Charlotte Northeast for this incredible opportunity, and also sends love to her fiancé Dhoruba Glover. 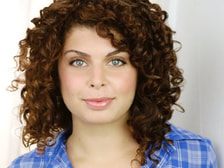 ​Sarah Knittel (Anne) is thrilled to make her PAC debut. She is a theater maker, teaching artist, and improviser. In 2017, she was named the inaugural Automatic Arts Artist in Residence. In Philadelphia, Sarah has worked with AntiGravity Theatre Project, Automatic Arts, Hella Fresh Theater, The Johnny Shortcake Show, Hedgerow, Untitled Eva Steinmetz Project, Pig Iron, Idiopathic Ridiculopathy Consortium, and Philadelphia Shakespeare Theatre. A graduate of the Pig Iron School of Physical and Devised Theater and NYU’s Tisch School of the Arts (Stella Adler and RADA). Upcoming projects include: Catch 22 (Curio) and NIGHTMARE FUEL (created and performed by Sarah, directed by Brad Wrenn of the Berserker Residents). 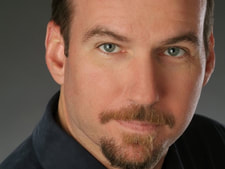 ​Brian McCann (Tobersloper/Mark) is delighted to be working on his sixth show with The PAC. This season he has appeared in The Craftsman and Romeo and Juliet with the Lantern Theater and Maire Antoinette at Curio Theatre. Brian has also appeared at The Arden, 1812 Productions, Theater Exile, The McCarter Theater, Act II Playhouse and Pennsylvania Shakespeare Festival amongst others. He is a proud 19 year company member of Comedy Sportz Philadelphia. 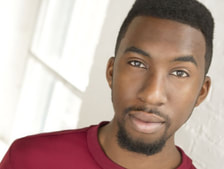 ​Devon Sinclair (Jacko/Pharos) Pumped to be making his PAC debut with the Maria Marten team, Devon Sinclair currently works as an Actor, Teaching Artist, and Director/Choreographer in the Greater Philadelphia region. Most recently, Devon was Lumiere in the Candlelight Theater's Beauty and the Beast and has been seen regionally with the Walnut Street Theatre, Theatre Horizon, Ritz Theatre and more. Devon likes to bring an infectious energy and creativity to every project and cannot wait to create memories with this talented group of artists! Credits, media, and more can be found by visiting www.DevonSinclairFields.com. 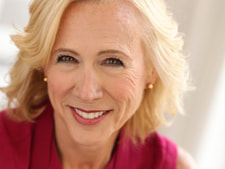